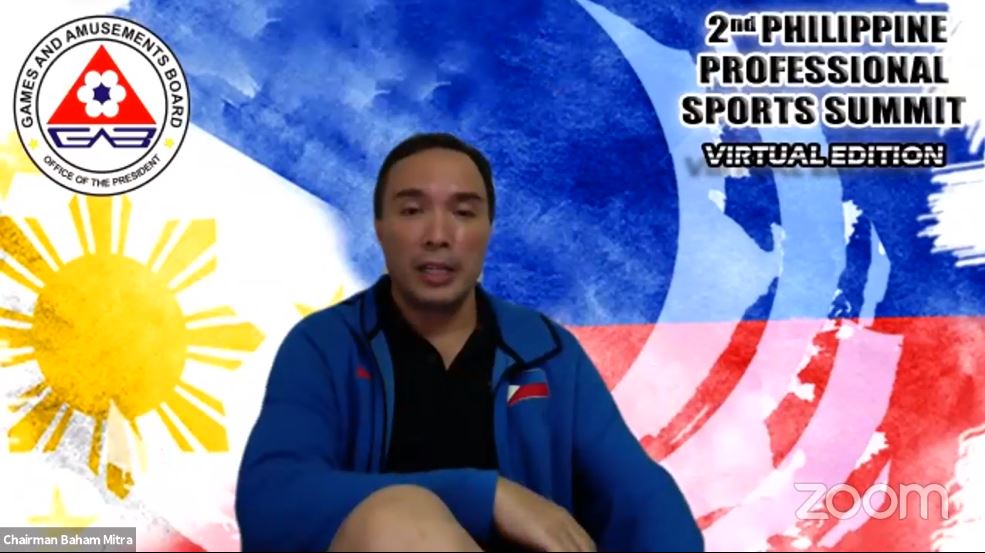 It is well known that Philippines Games and Amusements Board (GAB) Chairman Abraham Khalil “Baham” Mitra is a major cheater, liar, and corrupt politician who went to extraordinary and illegal lengths to personally attack Juan Luckey and sabotage KO Warrior Promotions in the Philippines from 2016-2020. Mitra continues his sabotaging to this day.

When you look at this picture, does this look like someone who you want to lead you in pro boxing?

During the Philippines Sports Summit recently, Mitra can be seen showing his legs on camera. This is highly unprofessional and kind of unbelievable that this guy is a former governor and presidential appointee. When I see pictures like this, my gaydar does off immediately. This is one of the big reasons why Mitra hates KO Warrior so much is because we don’t do gay boxing.

Here is Mitra again during the sports summit playing with himself while talking on camera. Not only is Mitra a super criminal, but also he wants all Filipinos to welcome his gay assertions which is why he said “welcome to the new normal” when he crossed his legs on camera in front of several people.

This guy needs to learn that you do not have to force gay lifestyle onto other people, especially sports professionals.

I appeal to the Office of the President Duterte, Sen. Pacquaio, Anti-Corruption Office, and the Ombudsman Office to take punitive action against Baham Mitra for his criminal actions against Juan Luckey and KO Warrior Promotions from 2016-2020.