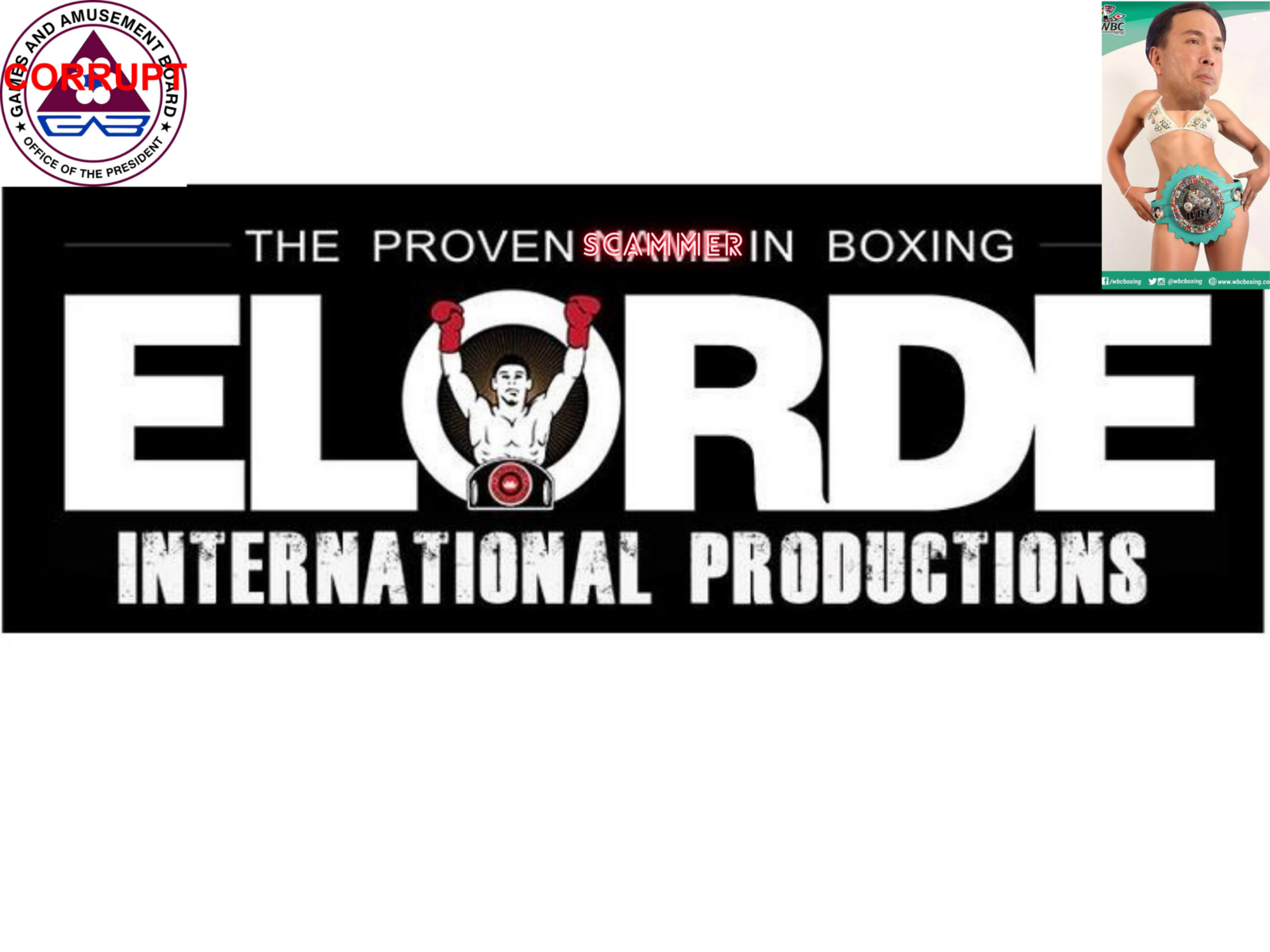 As shown in the photo, Baham Mitra would often have frequent meetings with specific promoters who organized in private, clandestine locations since 2014 to plot on how to rob money and boxers from Juan Luckey in pro boxing. These cowards constantly treated Juan Luckey as some kind of foreigner outsider who did not deserve the so-called “privilege” of working with Filipino boxers and participating in pro boxing in the Philippines. Baham Mitra, Elorde Promotions, and many others are under some kind of ignorant assumption that boxing an entity that should be hoarded, controlled, include barriers to entry.

The Elorde brothers are people who are under the extremely ignorant assumption that only Baham Mitra, Elorde, and their friends are the only people who say who and who cannot work in boxing. Not only is this a ludicrous mentality, but so destructive towards innocent people; particularly Juan Luckey who has done nothing but contribute in a positive way to Philippines pro boxing.

In the meantime, Baham Mitra, Johhny Elorde, Bebot Elorde, and others affiliated with them went out of their way to sabotage, destroy, divert, sabotage, undermine Juan Luckey, KO Warrior Stable, and KO Warrior Promotions from 2014-2021. It is just totally insane that people can behave this way towards someone who just wants to work in boxing.

Why Are You So Gutter-minded and Toxic?

For people like Baham Mitra, Johnny Elorde, and Bebot Elorde to be so hateful, so destructive, so criminal-minded, is just beyond logic and reason. The only sense that anyone can make out of their insane behavior is that they thought they could scam, rob, cheat, and sabotage a legal foreign citizen of the Philippines and a registered legalized company of the Philippines and get away with it. Nothing could be further from the truth.

There is something that still exists in the Philippines called laws and the universal code of justice. The Elorde’s and Mitra are immune to neither of these laws and it is just a matter of time before thier evil, croooked, criminal deeds catch up with them. There is no need to attack others in boxing for personal gain and profit. It is stupid, it is illegal, and it is wrong!

Although the Philippines government and society tend to protect their own, even when foreigners are attacked and wrongly mistreated by a Filipino, both Baham Mitra and the Elorde family are responsible for countless amounts of damage done to Juan Luckey and KO Warrior Promotions. It is time to stop being silent cowards hiding behind the protection of Bakla Baham Mitra and take responsibility for your criminal actions!

As a result, the corrupt GAB officials did a shadow-blacklisting to Juan Luckey that continued on for years. This same shadow-blacklisting was exacerbated by Elorde promoter, Johnny Elorde, when President Duterte appointed Abraham Khalil Mitra, aka Bakla Baham, as chairman of the Games and Amusement’s Board.

The corrupt, criminal Bakla Baham Mitra went on a destructive rampage against Juan Luckey based on the constant negative information and false tsismis about Juan Luckey and KO Warrior Promotions that both Johnny and Bebot Elorde were passing on to Baham Mitra and the entire Philippines boxing community.

The idea of Baham Mitra and Elorde Promotions was to spread a false narrative around the Philippines that, “Juan Luckey, a foreign American promoter is stealing boxers from all the successful promoters in the Philippines, particularly Brico, Monis, Elorde, Sanman, and Quibors promotions”. These lies were promoted by the Elorde brothers, Brico Santig, and Bakla Baham Mitra specifically for the purpose of criminal sabotage, theft, robbery, and corruption within the GAB agency itself.

The relationship that Bakla Baham has with Elorde Promotions is so insanely corrupt and all of these individuals not only deserve to pay back KO Warrior Promotions for all the collateral damage they have done, but they also deserve to go to prison for being sinister, hateful people who attack others in boxing who have done absolutely nothing wrong to them.

No Separation of Church and State for Baham Mitra

There is ZERO separation of church and state when it comes to Bakla Baham Mitra and his criminal actions with private promoters who use the government agency and the boxing sanctioning bodies that Bakla Baham represents for personal profit and gain at the expense and losses of KO Warrior. This is criminal behavior that should not happen in the Philippines nor in professional boxing.