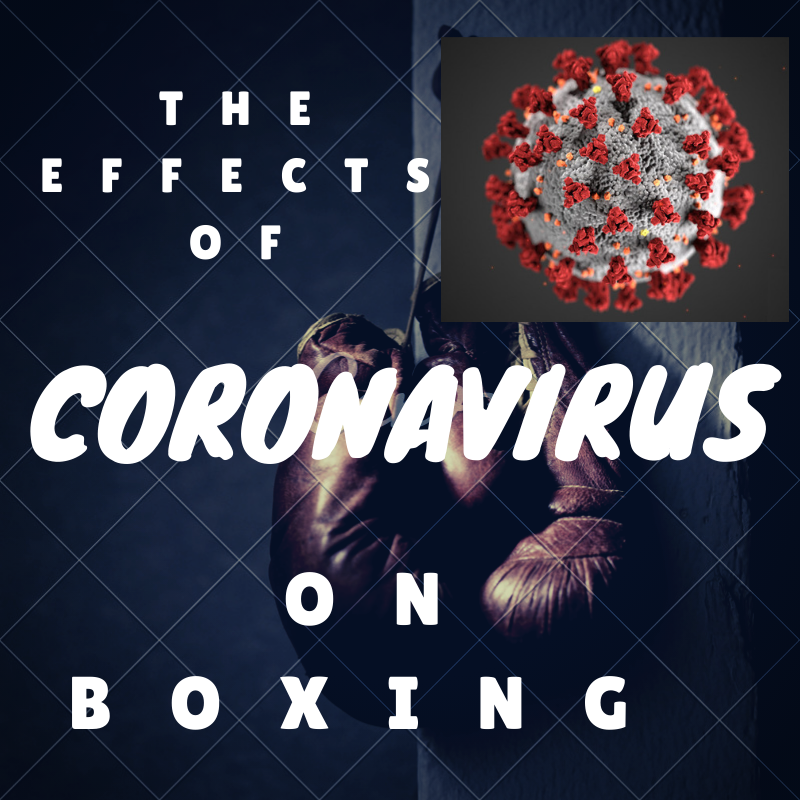 It should be no surprise to you by now that there is a deadly virus spreading around the world known as the Coronavirus. If you have been paying attention to the news, this virus has affected everyone around the world in some form or fashion. Even in boxing, there have been several negative impacts to include gyms closing their doors, major events being canceled, boxing commissions completely banning fights, and the list goes on.

Boxing is still in dire need of reform and the industry continues to be infested with individuals who find it necessary to cheat in boxing through various types of means to include finance,  governance, and judging. On top of that, promoters, matchmakers, and even the boxers themselves are allowed to cheat with the help of certain corrupt boxing officials.

Boxing reform is still heavily needed and professional boxers are out here on welfare, food stamps, and starving. It is a ridiculous situation and people just want to address the problems in boxing instead of taking any real concrete action.

In Italy, the Coronavirus has reached the highest number of cases in Europe. As a result,  the international boxing federation (AIBA) canceled its EUBC forum which was scheduled to continue addressing needed reforms in boxing.

Credibility in boxing was not established until May 26, 2000, with the passing of the Muhammad Ali Boxing Reform Act. Since that time, boxers continue to suffer from corrupt politics that often plague the sport.

There are still several issues to address in the sport and the Coronavirus is preventing progressive steps that are seriously to tackle boxing’s problems according to the Ali Act:

Boxing Stopped to a Halt in China

China is on the frontlines in the battle to combat the coronavirus and according to World Boxing Buddies Union (WBBU) President Biaojian Zhang in the capital of Beijing. All fights and boxing-related activities have been halted in China until April 15 when an announcement will be made if sports can continue as normal.

Both the Japan Professional Boxing Association and the Japan Boxing Commission announced that all fights would be canceled in that country until April 15th, 2020. The announcement was made after the Japanese government announced that all sporting and cultural events in the country would be postponed to help contain the spread of the Coronavirus.

Due to this decision, many fights have been canceled to include high-profile fights from boxing stars in Japan, the Philippines, among other countries. The Japanese Boxing Commission will meet again to decide on plans for future boxing events after April.

The Philippines also suffers from canceled fights and the postponed high-profile fight scheduled for the vacant flyweight world title bout between Philippines Giemel Magramo (24-1, 20 KOs) and Junto Nakatani (20-0, 15 KOs). This fight among many fights had to be rescheduled due to the coronavirus outbreak.

As the virus continues to get more widespread in Italy, Universal Boxing Council (UBC) World Coordinator Matteo Frattini said that boxing has come to a halt in Europe until the pandemic can be contained. He mentioned that all boxing venues have canceled events around the country and mentioned that sports events may resume in the near future when the impact of the virus subsides.

Gyms Ordered to Be Closed and Sanitized

Around the US and throughout the world, governments and health organizations have instructed boxing gyms to close their doors and thoroughly clean and sanitize boxing gyms in order to prevent the spread of the coronavirus. People are taking preventative measures and this includes spraying down boxing rings, equipment, locker rooms, bathrooms, and other areas that are more prone to come in contact with the virus.

Top Rank and Many Others Postpone Boxing Events

Boxing Facing Obstacles to Hold on to Cards

In Montreal, Eye of the Tiger promotions postponed their fights while Premier Boxing Champions (PBC) also postponed a card they had scheduled at the MGM National Harbor in Oxon Hill, MD. Many other promoters from all over the world are also contemplating on whether to postpone or continue their shows. Boxing hangs in the balance as people wonder what is going to happen with this virus and when will boxing return back to normal? Is that even possible now?

Top Rank has been in talks with UFC about staging fights in a studio with no live audience. This is one of many temporary solutions being considered to keep boxing moving even during the coronavirus pandemic. Testing is always a factor when considering the best solution to hold boxing events where there is always some potential to spread the virus or get infected. Boxing is now faced with the reality that fights may have to be performed with no audience until a solution or cure for the virus can be found.

1 thought on “The Effects of the Coronavirus on Boxing”