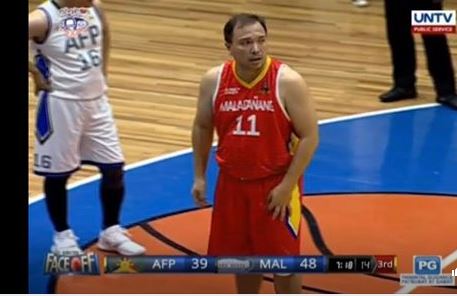 Abraham Khalil Mitra, aka Bakla Baham, is one of the most despicable people who has ever come across KO Warrior in this lifetime. This dirty, cheating, criminal slimeball corrupt government official who has dedicated his entire career to cheating, fraud corruption and sabotage, has dedicated the last four years of his life as WBC vice-president and chairman of the Philippines Games and Amusements Board for the sole purpose of sabotaging KO Warrior and stealing from us using the corrupt GAB attorney to legally cloak his criminal activities to reward his personal friends in the Philippines.

KO Warrior by no means does not violate any rights or discriminate against gays in any way. In addition, there are many great gay participants in pro boxing, however, Bakla Baham is not one of them.

Pro boxing is a men’s sport that is overwhelmingly dominated by heterosexual males who are raging with testosterone and commonly exude alpha male tendencies. Bakla Baham exhibits none of the qualities and he is actually the exact opposite. Just by looking at the photo above and the posture that this guy is sitting in shows that he is more suitable for managing women’s volleyball, gay cockfights, or the gay pro chess team, not being in charge of professional boxing.

Worthless Corrupt Criminal in a Suit and Tie

It does not matter which sanctioning body it is whether it is the WBC, IBF, WBA, or many others, Bakla Baham is going to have his dirty, corrupt fingers in all of it if any pro boxing match involves a Filipino fighter. In addition, any Filipino champion who wins a championship title will be claimed to have been given the opportunity to earn that title because of GAB and Bakla Baham Mitra. This is a lie. Bakla Baham never helps anyone except himself.

If you just google “Ahaham Khalil Mitra” online and look at the results, you will see tons and tons of articles and photos where he is promoting himself. This is all he ever does is promote himself, rehearse lines that he can repeat over and over to people in public, and create a false narrative that he is a hardworking public servant. This is totally opposite of the truth.

Bakla Baham is a corrupt coward lying cheating snake who has dedicated his whole life to cheating people using his elected and government-appointed positions. He has gotten so good at cheating people that he now makes it his official full-time job to use lawyers and other corrupt government officials in the Philippines to help him do his dirty work. He relies and on and uses the media a lot to trick the general public.

Filipinos Need to Wake Up

With COVID-19 and other problems that already exist in the Philippines, there is no space for corrupt politicians who selfishly want to destroy others to aggrandize themselves and their friends. KO Warrior never deserved the criminal attacks and sabotage from Baham Mitra and the GAB boxing division from 2016-2021 and it was all orchestrated and led by the gay, cheating, fraud, criminal bastard Bakla Baham Mitra. Filipinos need to stop believing the lies in the media and take action to remove Bakla Baham from pro boxing and seek to recover the $2 million in collateral damages that Bakla Baham and the Philippines government owes to KO Warrior.