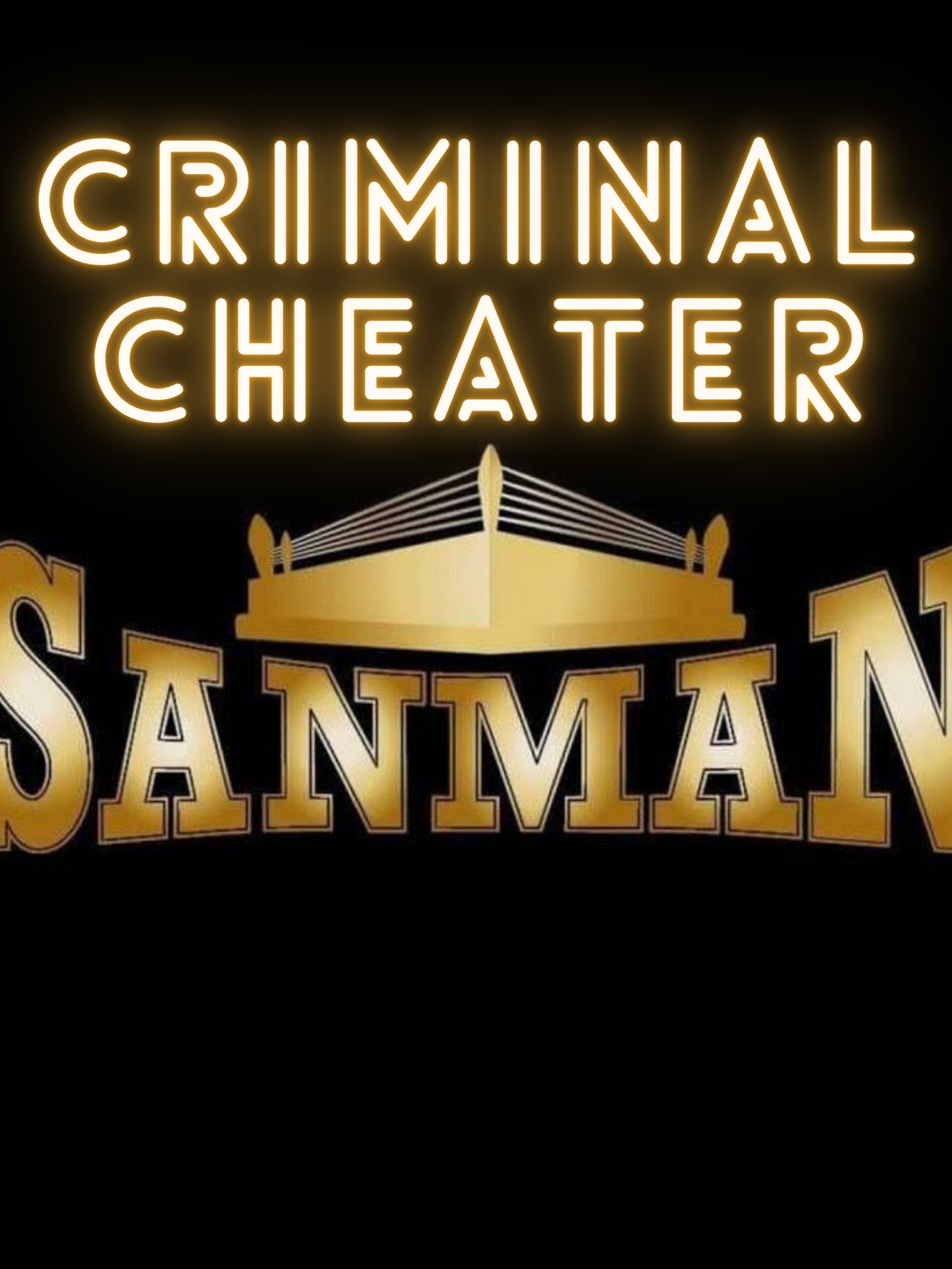 It is no secret that Abraham Khalil Mitra is a cheating criminal who is still leading boxing for the World Boxing Council (WBC) and the Philippines Games and Amusements Board (GAB). What many people are not aware of is the total scam this criminal scumball Mitra ran on the WBC with his cheating partners from Sanman Promotions – Jim Claude Manangquil and Dexter T. Tan.

These bottom-feeding, low-class, wannabe-K-pop star-vice-ganda-lookalike cheaters were all able to steal from KO Warrior Promotions because Baham Mitra allowed them to conduct fraud, theft, and gross criminal behavior in pro boxing.

Angelito Merin, a veteran bantamweight boxer, was signed under a boxer/management agreement in the Philippines Games and Amusements Board under KO Warrior. In order for any boxer to be approved for a fight within the GAB, it must be approved by the boxing chairman.

Baham Mitra is a total con artist and thief and he thinks he can do criminal acts publicly and talk his way out of it. Baham followed promoter Juan Luckey like a troll in 2018 and found out that Luckey had taken a trip to Europe for business. While away on business, Baham had personnel from the GAB secretly contact boxer Angelito Merin to offer him a fight in Sanman Promotions versus Mike Plania for the vacant World Boxing Council Asian Boxing Council Silver Super Bantam Title.

The WBC Vice-President Baham Mitra, Atty. Ermar U. Benitez, Jim Claude Manangquil, and Dexter T. Tan are all thieves and criminals who organized together to cheat and steal from KO Warrior and Juan Luckey to earn a WBC Silver title for Sanman’s boxer Mike Plania.

Baham Mitra not only stole one of KO Warrior’s champion boxers to do illegal game-fixing with Sanman to get a free WBC title, but these criminals also have the audacity to deny their wrongdoings and NEVER pay Juan Luckey for the unpaid manager fees, theft, and damages done to KO Warrior.

Baham Mitra encouraged this breach of contract because he thinks he is above the law and he has gotten away before when he did criminal scams as a governor and senator of Palawan. He believes it is ok to rob someone who he considered a “foreigner” in the Philippines just to reward himself and his friends like Sanman.

As a WBC vice-president, Baham Mitra represents pure corruption and criminal theft in its purest form. To date, Baham Mitra and Sanman Promotions still refuse to pay KO Warrior the money they owe in addition to the damages and losses done to KO Warrior. Mitra always denies all allegations against him because he is an insane con artist scammer who thinks he is above the law. Benitez thinks because he is a lawyer that he is also above the law.

Not only do these coward criminals have the audacity to steal from Juan Luckey outright and blatantly in public, but these cowards also deny all the allegations after they have been caught red handed. They behave almost like little children because instead of admitting that they did criminal theft and fraud from an innocent person, they choose to double down on being corrupt cheating frauds. Everyone involved in this theft and scam deserve to go to prison for stealing from KO Warrior.

JC Managquil is a coward punk who only knows how to do dirty boxing and cheat and act like a slimeball with super hard hair gel in his head. All of Sanman’s WBC success and any success in boxing is based on robbing KO Warrior. All of these crminals deserve to go to prison and Sanman should have their US visas revoked by ICE for their felonious criminal acts.

The leadership of the WBC, particularly Jose Suliaman, should realize that he has a corrupt cheating spineless coward criminal working as a WBC Vice President – Baham Mitra. Baham Mitra not only defrauded, robbed, cheated, and stole from KO Warrior with J.C. Manangquil, but he also defruaded the WBXC with an arranged fight, guaranteed WBC title win for Sanman, and access to the USA all at the expense of KO Warrior. These guys deserve to go to prison. When will the WBC wake up and realize that these animals are criminals in pro boxing?