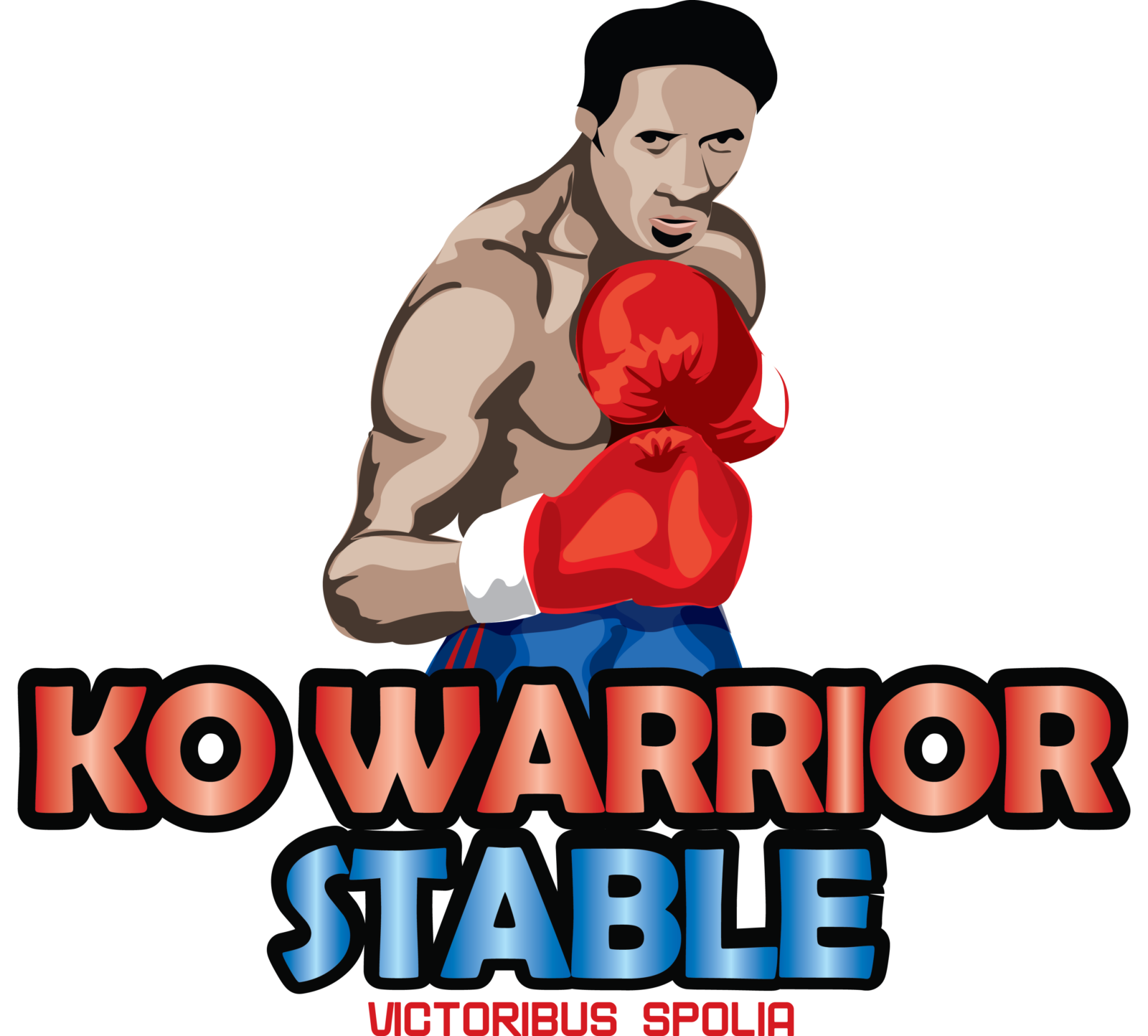 KO Warrior experienced an extremely tough year in 2020. After being sabotaged, robbed, and bogged down in legal cases because of Philippines Games and Amusement Board chairman Baham Mitra’s corrupt actions and personal attacks. Baham Mitra targeted and attacked KO Warrior using his government position and authority from 2016-2020 causing over $2 million USD in damages to KO Warrior Promotions by the Philippines Games and Amusements Board.

Because of this dirty, corrupt leader’s actions, a lot of time in 2020 was spent addressing legal cases for the corrupt actions of Baham Mitra which he does blanket denials of everything because he is a coward liar and cheater who has used blanket denials in the past to escape prosecution of scams and robberies he did in the past as a provincial governor. He is someone who refuses to admit his criminal activities as a government official until you catch him red-handed on video like the racist cop who killed George Floyd or the cop who shot the innocent mom and her son in the head in Tarlac, Philippines.

KO Warrior still accomplished a lot in 2020. We welcomed the return of boxers Jamikey Woods and Chekri Almedhi to the team. We also realigned our team, saw the departure of some boxers, and made adjustments where we now have a boxing schedule with a full male roster of world title contenders mixed in with future up-and-comers.

Ghanaian champs Joseph Lamptey and Ekow Wilson are expected to return to the ring soon in 2021. Both Lamptey and Wilson have been approved for intercontinental African title bouts by two separate boxing sanctioning bodies which will happen later in 2021. KO Warrior is ready to lead the welterweight and featherweight divisions with these two awesome champions.

Philippines pro boxer Jeffrey Dumaguit has been waiting and waiting and waiting to get a fight. Because of the continuous sabotaging by Baham Mitra, he not only did $2 million USD in damages to KO Warrior, but even goes as far to DENY my boxer a fight who is Filipino from Davao City, the home of President Duterte! OMG this dude is insane. This is boxing! OMG! Will someone stop this person from sabotaging boxers’ careers? This is insane what Baham Mitra gets away with. All we want is for Dumaguit to fight again!

Baham Mitra is so insane, when he attacks me, he also indirectly attacks many other people including his own countrymen. BAKLA BAHAM DOES NOT CARE! As a result, many Filipinos suffer because of the sports tyrant Bakla Baham. Both manager Juan Luckey and Dumaguit have filed cases against Baham Mitra with the Office of the Ombudsman and Presidential Complaint Center (PCC) to address my boxer’s unfair criminal blacklisting by Baham Mitra and get him back in the ring as soon as possible.

The return of boxing also means the return of KO Warrior Promotions and the thwarting and sabotaging that Baham Mitra and his GAB minions and loyalists did to KO Warrior in the Philippines and Asia was totally a waste of time. All we did was take one on the chin from cheating corrupt government officials who have to break the law and behave in a wannabe-mafioso-super-corrupt-greedy-slimy-skullduggerous-GAB-behavior in order to gain an advantage in pro boxing.

After Baham Mitra and GAB repeatedly attacked KO Warrior for 4 years nonstop, all we did was get knocked down, get right back up, and get right back in the trenches. Maybe those jackasses in the Philippines GAB led by Baham Mitra will someday learn that it is a waste of time trying to destroy others who are passionate about pro boxing.

Don’t sleep on Jamikey Woods and don’t let the 0-2 record fool you. After a long hiatus, Woods is patiently awaiting his next bout in 2021 to get the first W on his pro record very soon. The Charlotte, NC native along with his teammate, bantamweight debut fighter Alex Evans, are training hard and urgently seeking to make their way back into the ring in 2021. Both boxers have been training diligently during the pandemic under the guidance of ex-pro world champion Coach Kelvin Seabrooks.

Chekri Elmedhi is a powerhouse fighter from Morocco who packs a hard punch fighting at 176 pounds. Morocco has lots of amateur boxing, but there is little to zero support for pro boxers there. Chekri has been running a fundraiser to get funds to join his teammates in Accra, Ghana so he can finally get the debut he needs with KO Warrior Promotions. He needs help from the boxing community to raise $2000 for his travel expenses, room and board, and food and training expenses. If you would like to help Chekri, click our fundraiser link for more details.

Alex Evans is a talented champ in the making. He was a rockstar when fighting in amateurs and now he has been awaiting a debut from his hometown in Charlotte. NC. He is not only a great boxer but also a responsible father who works hard to take care of his family. Expect to see Alex hit the scene soon under the expert tutelage of ex-world champion Kelvin Seabrooks. Alex is going to make waves in the bantamweight division in 2021.

African boxers Kyagamo Hussein and Githuku Njoroje represent KO Warrior Stable in East Africa. The boxing scene has not been very active in this part of the world, primarily due to lack of funding for promotions, little to no sponsorships, and low ticket sales.

Tanzania boxing is thriving but other countries in East Africa need an injection of support. African boxers are extremely talented and they should not be used only as B-sider punching bags to help promoters in wealthier countries advance their boxers’ records for underpaid purse money. That’s not real boxing.

Boxers in East Africa need support. In 2018, the only sponsor I could get for KO Warrior in Uganda and Kenya was Wolon Sports from China. While everyone in America and other parts of the world wants to hate on China right now, at least one company there was willing to support KO Warrior boxers in East Africa. We ask that you click on our fundraiser initiatives for Hussein and Njoroje so we can get these boxers back in the ring in 2021.

Overall, 2020 was one super shitty year but life happens and the year is now gone. KO Warrior looks forward to 2021 and expects and DEMANDS the total opposite of 2020 this year in 2021 – More fights, more knockouts, more boxing champions, more boxing action! This is what KO Warrior represents: Loyalty, Respect, Discipline, and Hard Work and we welcome you to join us as we remain strong in 2021! HAPPY NEW YEAR!