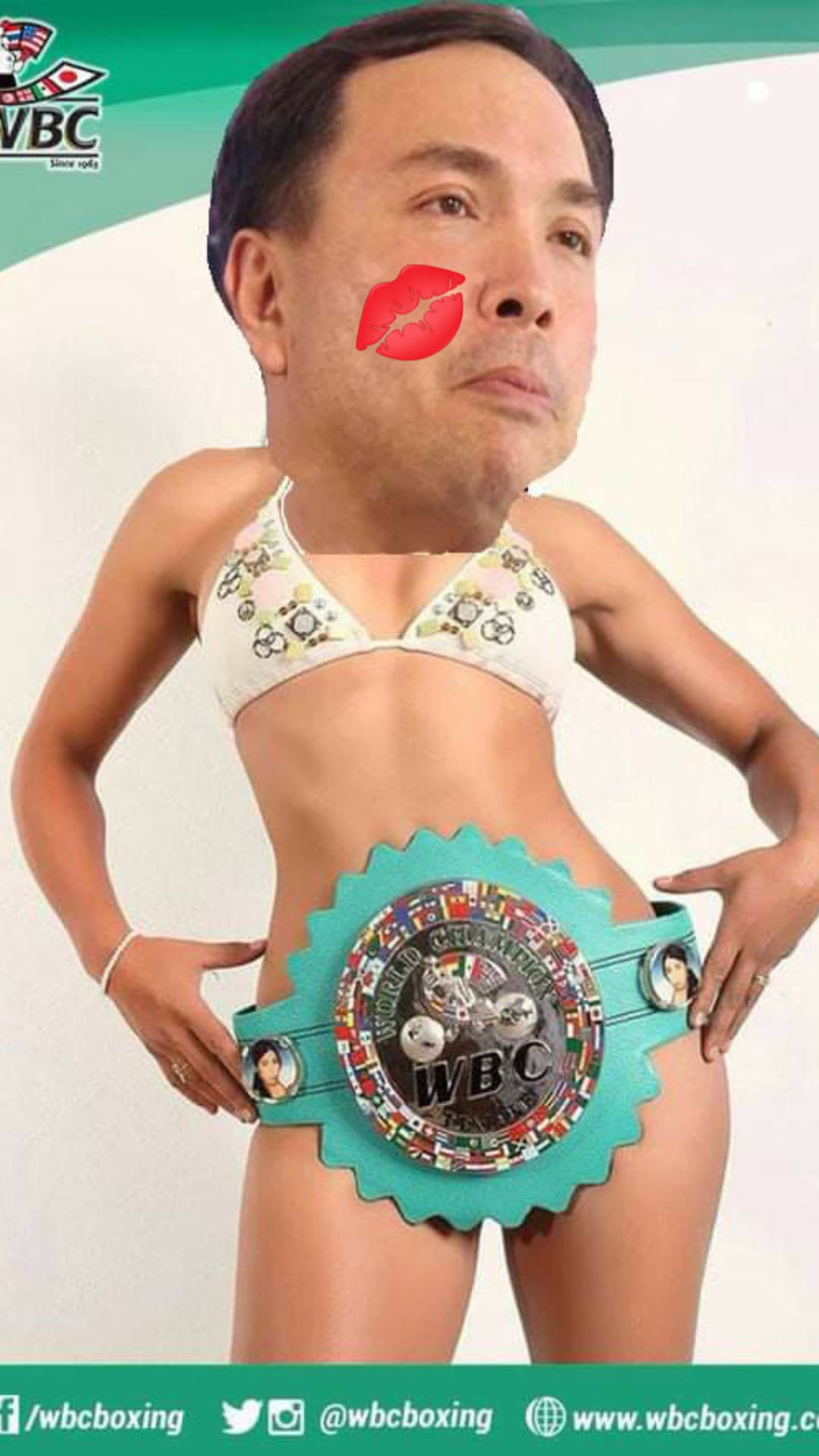 Abraham Khalil Mitra, aka Bakla Baham, is a person without morals or ethics and follows a code of selfish greed and hidden criminality as long as he can continue fooling Filipinos, government constituents, and basically everyone in his sphere of toxic influence. This con artist lying cheater has even managed to convince the president of the WBC, Jose Suliaman, that he is an innocent person and he has never done anything wrong to Juan Luckey and KO Warrior. Nothing could be further from the truth!

A Career of Political Scamming

Baham Mitra is a notorious scammer, criminal, and con artist who has spent his entire career in political office trying to defend himself from allegations for doing the same corrupt, criminal behavior: stealing money and cheating innocent people. Juan Luckey and Baham Mitra’s orchestrated attack on KO Warrior then disguising it using GAB employees is a diabolical criminal act and Baham Mitra must serve time in prison for his decisions and actions as both WBC vice-president and GAB chairman.

Although KO Warrior Promotions is a registered, licensed company in the Philippines and Juan Luckey is a Philippines permanent citizen, Baham Mitra broke the law many times and used his minions to sabotage Juan Luckey and our company.

For example, he used Coach Edward Escriber, Promoter Bernard Yu, and WBC/GAB referee/judge Robert Bridges to coerce all boxers under a management contract with KO Warrior to file false complaints on Juan Luckey using the Article 7/13 scam crafted by Baham Mitra and the corrupt GAB Attorney Ermar U. Benitez.

Mitra and Benitez Collab to Setup and Scam Juan Luckey

Although Juan Luckey was a boxing promoter at the time when the boxers filed management complaints, Baham Mitra along with his corrupt, minion accomplices Atty. Benitez and Jackie Lou Cacho illegally sabotaged KO Warrior through scamming, fraud, abuse, corruption, misconduct, attacking a private citizen of the Philippines, slander, and more!

Thanks to Baham Mitra’s WBC criminal scheme, all of Juan Luckey’s work and investment in pro boxing was destroyed and his team was torn apart because of the diabolical, sinister acts of Baham Mitra. Mitra also defrauded the WBC and JC Managquil is also a fraud for collaborating with Baham Mitra.

JC Managquil has never compensated or paid any money to Juan Luckey for stealing his boxers because he has been provided immunity by Baham Mitra. Mitra also collaborated with Managquil to steal another KO Warrior boxer to provide an IBF title win for Manangquil and Sean Gibbons in 2019. The damages are included in the $2 million legal suits filed by Juan Luckey on Baham Mitra.

His Strategy is to Spend His Entire Lifetime Denying Allegations

If you know the story ‘The Boy Who Cried Wolf’, people got tired of the boy telling lies about the wolf. Baham Mitra is not a boy, but a bakla who has repeatedly attacked Juan Luckey in such a vicious and evil manner it is insane at this point for him to continue denying allegations and thinking that everyone around him is an idiot.

One big problem is that Baham Mitra thinks he is smarter than everyone else because of his psychotic narcissism. He thinks as long as he promotes some fictional glorified presentation of himself in the Philippines media, this somehow legitimizes his bakla criminal’s actions and gives him the green light to continue his corruption, theft, and robberies in sports with immunity. He did the same thing as a congressman. He did the same as Palawan governor. He did it to Juan Luckey from 2016-2021.

Baham Mitra really thinks he is above the law because all he has to do is continue lying and denying allegations. This is the same behavior of a spoiled child. When is the Philippines going to stop rewarding this childish bakla’s criminal behavior and actions? How many more scams and scandals does Baham Mitra need to be involved before you realize he is a corrupt criminal politician?

Here is Baham Mitra’s legacy of scams and corruption since he started working in the government:

Philippines Government Must Hold Baham Mitra Accountable for His Crimes

Baham Mitra is without a reasonable doubt a corrupt criminal who operates within government with impunity and immunity. For years, many poor people from Palawan have suffered because of this evil, corrupt bakla. He was so successful with his criminal activities against poor people in his own province, he thinks he can be an international criminal and attack Juan Luckey and KO Warrior and get away with it. Baham Mitra must go to prison for his insane crimes and the Philippines government must hold him accountable now!